About Us
B'nei Mitzvah Revolution
Print 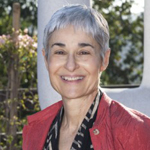 Isa Aron is Professor of Jewish Education, HUC-JIR in Los Angeles. She holds a BA in philosophy from Swarthmore College, a Ph.D. in philosophy of education from the University of Chicago, and did post-doctoral work at the Center for the Study of Social Intervention at the Albert Einstein College of Medicine. She teaches courses in teaching, philosophy of education and organizational change, and is the founding director of the Rhea Hirsch School of Education's Experiment in Congregational Education (ECE). Dr. Aron's publications include Becoming a Congregation of Learners, The Self-Renewing Congregation, and Sacred Strategies: Transforming Congregations from Functional to Visionary, with Steven M. Cohen, Larry Hoffman and Ari Y. Kelman. 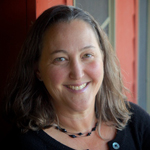 Lisa Langer, RJE has served as an educational leader at the URJ, the Bureau of Jewish Education in San Francisco, and Congregation Beth Am in Los Altos Hills, California. She has been a visiting lecturer and Alumna-in-Residence at Hebrew Union College-Jewish Institute of Religion in Los Angeles and is currently a Clinical Faculty Mentor for the Executive M.A. program in Jewish Education at HUC-JIR. Lisa earned her Bachelor of Arts degree from the University of Wisconsin-Madison, a Master of Arts in Jewish Education from the Rhea Hirsch School of Education and a Master of Arts in Jewish Communal Service from the Irwin Daniels School of Jewish Communal Service at the Hebrew Union College-Jewish Institute of Religion. Lisa lives in Menlo Park, California. 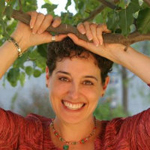 Rabbi Laura Novak Winer, RJE has a rabbinate that focuses on Jewish education, teaching and helping youth develop deep and meaningful connections to Judaism. Along with serving as the Los Angeles Senior Project Manager for the B'nei Mitzvah Revolution, Laura is adjunct faculty at the Hebrew Union College-Jewish Institute of Religion. Laura is the editor of several curricula, including Sacred Choices: Adolescent Relationships and Sexual Ethics (2005 and 2007) and has been published in a variety of academic and online journals. Laura earned her Bachelor of Arts degree from the University of California, Santa Barbara, a Master of Arts in Jewish Education from the Rhea Hirsch School of Education and rabbinic ordination at the Hebrew Union College-Jewish Institute of Religion. Laura is currently serving as the president of the Association of Reform Jewish Educators. In her free time, Laura is pursing a doctorate in Jewish Education at the Jewish Theological Seminary's Davidson School of Graduate Education. She lives in Fresno, CA with her husband Rabbi Rick Winer; they have two young adult sons, Saul and Max. 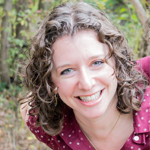 Rachel Margolis, RJE, is a graduate of Cornell University and has a joint masters in Jewish Education and Jewish Non-Profit Management from Hebrew Union College-Jewish Institute of Religion. After serving as the Director of Education for University Synagogue in Los Angeles, Rachel helped write curriculum and re-envisioned youth involvement and teen learning for family schools, Religious Schools, synagogue day camps and retreats at Temple Israel of Hollywood, Temple Emanu-El Dallas, The Temple Congregation B'nei Jehudah in Kansas, and Temple Beth Or in Raleigh, NC. Rachel has also served as the Executive Director of Community Midrasha, a community Hebrew High School in Durham, NC, where she led and implemented a strategic plan to create a complete turn-around of the school.  When not working with synagogue communities, Rachel is one of the co-chairs of the HUC-JIR Schools of Education Alumni Association and the co-team leader of the Communications Team for the Association of Reform Jewish Educators. She is the wife of Rabbi Ari Margolis, of Congregation Or Shalom in Vernon Hills, IL and has three daughters, Laila, Adaya and Eliora.

The B'nei Mitzvah Revolution is a joint project of the Union for Reform Judaism and Hebrew Union College-Jewish Institute of Religion’s Rhea Hirsch School of Education and its Experiment in Congregational Education.

Current Funders and Partners Include:

The work of the B'nei Mitzvah Revolution is made possible through the generous grants of its partnering funders. We are grateful for the support and collaboration of:

The Union for Reform Judaism’s Campaign for Youth Engagement

An advisory team offered invaluable insight, feedback and ideas as the BMR was launching.

B'nei Mitzvah Revolution | About Us | Get Involved | Impact | Rationale

Learn More in The Tent Learn More in The Tent