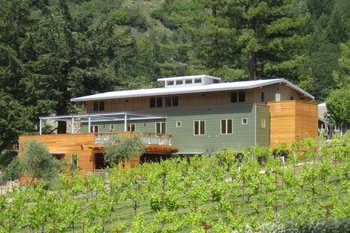 With a $4 million grant from the Koret Foundation, the Koret Conference Center, which will be officially dedicated on November 5, enables URJ Camp Newman to significantly expand its facilities to serve upwards of 13,000 individuals a year, more than tripling its retreat usage. The Koret grant is the largest single gift URJ Camp Newman has ever received and one of the largest in the history of the Reform Movement’s camping system.

URJ Camp Newman is raising over $30 million to create a thriving year-round facility and enhance Jewish life for the entire Northern California Jewish community for years to come. Over $20 million has been raised to date, with support from all sectors of the local community, enabling completion of core infrastructure upgrades and construction of 10 new buildings for housing and program space, including the Osher Residence Hall, Albert & Janet Schultz Plaza, and future site of the Jewish Community Federation and Endowment Fund Pavilion. Camp Newman’s Advisory Board is now focused on raising the funds needed to build the Campus Center, a vital year-round dining and multi-purpose community facility.

Participants at the special Shabbat service, dedication and ribbon-cutting ceremony, and welcome celebration will include members of the Koret Foundation Board, URJ North American Board of Trustees, the URJ Camp Newman Advisory Board, and camp community.

“With the Koret Conference Center at Camp Newman, our vision is becoming reality — a premier year-round retreat setting for Northern California Jewish organizations, families, and individuals to connect with each other through immersive Jewish experiences,” said Ruben Arquilevich, Camp Newman Executive Director. “Based on the demand we’re seeing in new retreats, there is clearly a need for this unique local resource, combining state-of-the-art facilities, over 485 acres of wilderness, sacred spaces, and a thoroughly Jewish environment.”

“The extraordinary support from the Koret Foundation, and from all of Camp Newman’s donors, has already made a significant direct impact, and it also continues to inspire others 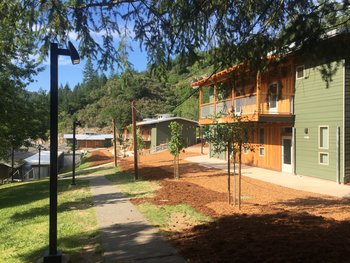 to support the vital and ongoing retreat center expansion,” said Jim Heeger, Board Chair for the URJ Camp Newman Advisory Board and lay leader at Congregation Beth Am in Los Altos Hills. “The true thanks to our funders will be the countless ways that the Koret Conference Center will serve our community by making richer Jewish experiences possible.”

“There is no way to overestimate the value of having URJ Camp Newman as a hub of Jewish life in Northern California,” said Daryl Messinger, Chair of the URJ North American Board of Trustees and lay leader at Congregation Beth Am. “With the exponential growth and expanded reach of the new retreat center, Camp Newman can better help realize the URJ’s strategic vision: to strengthen communities that transform the way people connect to Jewish life.”

“The Koret Foundation shares Camp Newman’s dedication to strengthening the Jewish community,” said Dr. Anita Friedman, Koret Foundation President. “We are honored to help create this important new Bay Area resource that will allow Camp Newman to serve not only young people but also the Bay Area community as a whole.”

“The Koret Conference Center at URJ Camp Newman is a gem in form and in function, enabling meaningful opportunities to strengthen Judaism today and for future generations,” said URJ President Rabbi Rick Jacobs.

“Because of this exciting new retreat center, URJ Camp Newman will inspire even more young people, and people of all ages, to embrace Jewish life as a path to meaning, purpose, and joy,” said URJ Vice President of Youth Miriam Chilton.

Located in the heart of the Wine Country on the largest tract of Jewish land in Northern California – over 485 acres – URJ Camp Newman inspires a love of Judaism, 365 days a year. We connect children, youth and adults to an expansive menu of fun, immersive Jewish experiences in Santa Rosa and in your community, all year long. During the academic year, over 7,500 people from the greater Jewish community experience the joy of living Judaism 24/7 when they come to Camp Newman for retreats and conferences. Every summer, over 1,500 young Jews begin a journey of lifelong Jewish living and learning at Camp Newman. They join a loving community guided by over 200 Jewish mentors, educators and leaders where friendships thrive and self-esteem flourishes. Camp Newman is supported by the Union for Reform Judaism (URJ), the largest and most diverse movement in North America, and is part of the URJ’s North American camping system.

About the Koret Foundation

Jennifer Brodkey Kaufman Elected to Serve as Chair of the Union for Reform Judaism's Board
Dec 16, 2019