Arquilevich: “We Will Be Together As A Camp Community at ‘Newman By the Bay’”

November 3, 2017, Santa Rosa, CA and New York, NY – Just three weeks after deadly wildfires caused widespread destruction throughout Northern California, resulting in significant damage at the camp’s physical location in Santa Rosa, the Union for Reform Judaism (URJ) announced today that URJ Camp Newman will be housed for Summer 2018 at the facilities of California State University Maritime Academy (Cal Maritime), located on the waterfront in Vallejo, a short drive from both Santa Rosa and San Francisco.

“What the wildfire has shown us is how strong and resilient we are as a community. Almost immediately, everyone rallied around us. The result was that in just a short amount of time, we found a beautiful 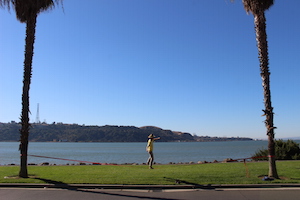 site for Camp Newman’s Summer 2018: Cal Maritime’s superb campus,” said Rabbi Erin Mason, Camp Director of URJ Camp Newman. “We’re calling it “Newman by the Bay! The campus is breathtaking: a mixture of hillside living and Bayfront recreational areas with plenty of trees, expansive green lawns, large athletic fields, an Olympic size pool, a Beach Volleyball court, and fun programming areas. We’ll be able to do all the activities our campers love – like Ultimate Frisbee, swimming, basketball, art, music, song sessions - as well as gather together for meals and Shabbat. And, of course, campers will get to experience the same Camp Newman culture and community that leads to making great friendships and experiencing life-changing moments. We’re thrilled that we’ll all be together this summer – just as we have every summer for the past 70 years.”

Summer 2018 registration will open on Sunday, November 12, at 12:00 p.m. PST as a live event on URJ Camp Newman’s Facebook page with a special Shehecheyanu (celebratory) moment for the community.

“We would not have been able to secure such an ideal location so quickly without the support and involvement of the entire Camp Newman and wider Bay Area Jewish community, notably our partners at the Jewish Community Relations Council, the Jewish Community Federation of San Francisco, the Foundation for Jewish Camp, Congregation Shomrei Torah and Congregation Beth Shalom, and so many others who offered their suggestions and connections to potential camp sites,” said Rabbi Mason.

“When the need became clear, Rabbi Doug Kahn and I quickly reached out to university presidents and nonprofit CEOs whose response was extraordinary and overwhelming. They were eager to partner with JCRC to help Camp Newman maintain its summer programs, understanding how critical those programs are for thousands of Jewish children. Everything fell into place when we connected with Cal Maritime. We couldn’t be more pleased that Newman’s 2018 programs will proceed,” said JCRC Executive Director Abby Michelson Porth. 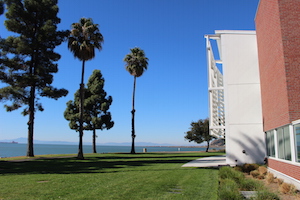 “For decades, URJ Camp Newman has filled our community with joy and vibrancy, raising our next generation of Jewish leaders and mensches (good human beings),” said Danny Grossman, CEO, San Francisco-based Jewish Community Federation and Endowment Fund. “So when this disaster struck, our entire community stepped up to give the Newman team a giant embrace of love and support. Federation leaders, donors and professionals have been with Newman from the very beginning: helping families afford camp, celebrating new buildings, and now convening the best minds in real estate to assist in finding a beautiful site for camp next summer.”

“Camp is about the community, the people, and the values lived and learned in all that we do. This summer we will enjoy all that, and so much more,” said Ruben Arquilevich, Executive Director of URJ Camp Newman. “We can’t wait to welcome returning campers and new campers for the immersive, overnight, Jewish summer camp experience they’ve come to expect at Camp Newman, but at Cal Maritime’s beautifully scenic campus overlooking the bay, where we’ll be able to take advantage of exciting new facilities and activities.”

“I am a proud product of the URJ’s West Coast camping system, together with thousands who cherish Camp Newman as a vibrant spiritual community that has shaped Jewish lives for generations. More than anything, we share an unwavering commitment that URJ Camp Newman will continue to provide people with some of the best moments of their entire lives, inspiring even more young people, and people of all ages, to embrace Jewish life as a path to meaning, purpose, and joy at Newman by the Bay,” said URJ President Rabbi Rick Jacobs. “We are all grateful to Miriam Chilton, URJ Vice President of Youth, and Paul Reichenbach, URJ Director of Camping and Israel Programs, for their extraordinary guidance, and, especially, to Ruben Arquilevich, Rabbi Erin Mason and the entire Camp Newman team for their outstanding leadership in such a challenging situation.”

“The outpouring of support and partnership from so many local Jewish organizations has been invaluable. With their assistance, we’ve successfully secured our summer 2018 home. For the longer term, our work continues. The greatest need remains funding. With tremendous thanks to those who have already contributed, support for the #NewmanStrong campaign will remain of critical importance for the months and years to come,” said Michelle Tandowsky, Advisory Board Chair, Camp Newman.

“We are inspired by the resilience and strength of Camp Newman’s community in the face of disaster. We are all #NewmanStrong,” said Grossman.

URJ Camp Newman inspires a love of Judaism, 365 days a year. We connect children, youth and adults to an expansive menu of fun, immersive Jewish experiences all year long. Every summer, over 1,500 young Jews begin a journey of lifelong Jewish living and learning at Camp Newman. They join a loving community guided by over 200 Jewish mentors, educators and leaders where friendships thrive and self-esteem flourishes. Camp Newman is supported by the Union for Reform Judaism (URJ), the largest and most diverse movement in North America, and is part of the URJ’s North American camping system.