Union for Reform Judaism&rsquo;s Highest Award Winners Include Interfaith Trailblazers, Diplomatic and Advocacy Leaders for Israel, and the First Woman Ordained as a Cantor

Union for Reform Judaism’s Highest Award Winners Include Interfaith Trailblazers, Diplomatic and Advocacy Leaders for Israel, and the First Woman Ordained as a Cantor

Media coverage of URJ Biennial is invited: Press credentials must be requested in advance.

The Tri-Faith Initiative of Omaha, Nebraska, Julie Fisher and Ambassador Daniel Shapiro, and Cantor Barbara Ostfeld will receive special recognition and will be among the featured speakers at the URJ’s Biennial General Assembly, which is North America’s largest Jewish gathering, attracting some 5,000 Reform Jewish leaders over five days. The URJ is the most powerful force in North American Jewish life, representing the largest segment of the Jewish community and inspiring 1.5 million people.

“Not only do these renowned leaders personify Reform Judaism’s core values, they all identify the Reform Movement as a pivotal influence toward accomplishing their change-making work,” said URJ President Rabbi Rick Jacobs. “We could not be more proud or more inspired by the powerful activism and advocacy of these pioneering award-winners.”

To recognize the impact of these individuals and initiatives for their groundbreaking work in the world, the Union for Reform Judaism will confer these special honors at URJ Biennial 2019:

The Tri-Faith Initiative will receive the Maurice N. Eisendrath Bearer of Light Award, the highest honor bestowed by the Reform Movement.

Bringing together into permanent residency a Reform synagogue, a church, and a mosque, the Tri-Faith Initiative is a unique and ambitious project in the field of interfaith relations. By its very model, the interfaith center, located on a 38-acre campus in the middle of America’s heartland, challenges people of faith and goodwill to be conscious and proactive about the assets of faith in civil life in a religiously pluralistic society.

Addressing the URJ Biennial audience, the Tri-Faith Initiative’s rabbis and spiritual leaders will share how they are creating a more inclusive culture that celebrates religious pluralism.

The Eisendrath award’s namesake, the dynamic Rabbi Maurice N. Eisendrath, served as president of the URJ (then called the UAHC) from 1943 to 1973. During Rabbi Eisendrath’s tenure, Reform congregations more than doubled in number and the Reform Movement’s emphasis on social action began in earnest, culminating with the founding of the Religious Action Center of Reform Judaism.

Service and Advocacy for Israel: Julie Fisher and Ambassador Daniel B. Shapiro

Julie Fisher and Ambassador Daniel B. Shapiro will receive the Alexander M. Schindler Award for Service to World Jewry.

Over the past eight years, Julie Fisher has taken a personal interest in the humanitarian crisis endangering the safety, care, and education of the children of African asylum seekers in South Tel Aviv. She has worked with NGOs and other partners to improve conditions in schools and childcare facilities through fundraisers and hands-on repair projects. In 2018, she created the Consortium for Israel and the Asylum Seekers to bring attention to the issue of supporting the African asylum-seeking community in Israel.

Daniel B. Shapiro’s diverse career includes over 20 years in senior foreign policy and national security positions in the United States government, including United States Ambassador to Israel, a position he held from July 2011 until the end of the Obama Administration. He is a Distinguished Visiting Fellow at Tel Aviv University’s Institute of National Security Studies (INSS).

The First Woman Ordained as a Cantor: Cantor Barbara Ostfeld 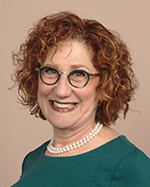 What was it like for Barbara Ostfeld to become, at age 22, the first woman ordained as a cantor? Now that Cantor Ostfeld is 66, the Reform cantorate is 336 women strong! Cantor Ostfeld served for 27 years as a cantor in congregations in Clifton, New Jersey, Great Neck, Rochester, and Buffalo, New York, and then for 10 years as the placement director of the American Conference of Cantors. She is the author of Catbird: The Ballad of Barbi Prim.

Biennial attendees will also hear from world-renowned speakers and expert practitioners, including:

21 Social Action Programs to Try to Replicate In Your Congregation