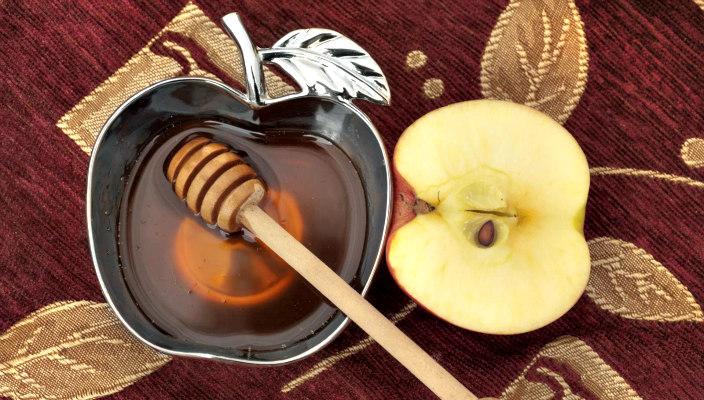 As with so many things this year, it was an unusual year for Rosh HaShanah sermons. As Rabbi Jonathan Freirich of Temple Beth Zion in Buffalo, NY, explained:

"The Central Conference of American Rabbis crafted a united message for [rabbis] to adapt and offer, to bring to our congregations in one voice, as a Reform Movement and as Reform rabbis. The events of the last year demand that we come together as American patriots for the sake of our American union and for the sake of the Jewish people."

The sermons that were part of this joint effort are denoted here a special symbol. I have only so designated those sermons in which the rabbi makes explicit mention of this unprecedented joint effort.

Of course, many rabbis chose to speak about those same themes. The new/old reality of anti-Semitism was by far the most common sermon topic, with many rabbis expressing their shock at finding themselves speaking on the topic. For example, Rabbi Hara Person noted,

“I’m not an alarmist. In my almost 20 years as a rabbi I have never given a sermon about anti-Semitism. But things have changed so much since we were together here a year ago.”

In addition to (and often together with) concerns about anti-Semitism, a number of rabbis addressed issues of racial justice. Rabbis Barry Block and Steve Moskovitz called for the removal of statues of Confederate leaders. Rabbi Sharon Brous spoke in support of reparations for African-Americans. Rabbi Dusty Klass gave a moving and deeply personal talk about racism. Rabbi Jason Fenster spoke on immigration issues and our Jewish and American commitment to protecting oppressed peoples.

A number of powerful sermons (including those from Rabbis Alison Berry and Rachel Gurevitz) addressed the changing nature of our community and the challenges (and opportunities!) of a larger tent.

As is often the case, some the most memorable sermons were idiosyncratic or touched on less common themes. How does a synagogue become “at home” sharing space with a church? (Rabbi Elyse Goldstein) Four epistolary sermons (Rabbis Shawna Brynjegard-Bialik, Daniel Gropper, Bethie Miller, and Jill Perlman) offered interesting – and very different – letters to their children. I was also moved by Rabbi Debra Rappaport’s call to focus on the things that really matter.

This collection includes the first (but I hope not the last) sermon sharing a title with a song by The Clash (thanks, Rabbi Brent Chaim Spodek). It also includes a sermon that expresses deep appreciation for the music of Pink Floyd (Rabbi Michael Sommers), and one that teaches from Sgt. Pepper’s Lonely Hearts Club Band (Rabbi Don Cashman).

Where to start? The three sermons I will find myself going back to this year defy easy characterization or summary: the remarkable imagery invoked by Rabbi Zoë Klein and the keen intelligence of Rabbi Ken Chasen in explicating the world we find ourselves in this new year, and Rabbi Angela Buchdahl’s beautiful mediation on the lessons we can from, and about, brokenness.

I hope you will enjoy all these sermons and find them as meaningful as I did.

A Word about Process

Collecting sermons is more difficult than it looks. Congregations hide sermons in different places on their websites. They post them in different media (text, audio, video). Even those who post texts do so in an impressive variety of formats. Other congregations do not post sermons immediately. I know by picking any deadline, I will miss some great sermons. (I “closed” this compilation late in the day on September 27th, aiming to have it available for those who might have time to read them during Yom Kippur.)

This is, to be clear, an idiosyncratic and personal collection of sermons. Any views expressed are my own. It is by no means representative or comprehensive – but neither is it selective. I have included every sermon I received. My discovery methods (if they can be called that) were simply to post a request on the Reform rabbis email list and to look at those sermons I found in my regular online travels. That means that a rabbi is far more likely to be included in this roundup if, for example, she is a Facebook friend of mine or once worked with me, and that the overwhelming majority of the sermons collected here are from Reform rabbis (although rabbis of other denominations are represented as well). A final consequence of this approach is that this round-up has grown tremendously; this year, it includes more sermons than ever.

I have only included sermons for which I was able to obtain a written text. Many rabbis have made available audio and video of their sermons, and while I’m sure that is a far better way to experience them than reading them, it’s difficult to edit video – especially to do so (as I have done most of this project) while sitting in an Amtrak café car or on an airplane.

Where rabbis have shared more than one sermon, I have selected which one to excerpt here. Typically, I have chosen the one on a less common theme. Rabbi Zack Shapiro, for example, spoke about anti-Semitism and the events in Charlottesville and about what defines humanity as computers become more intelligent. Here, I went with the robots.

To give readers a feel for each sermon, I have selected a paragraph (sometimes more) to include here. In response to feedback on last year’s round-up, I have included more extensive excerpts in places. The length of the excerpt is, of course, not a reflection of anything other than how many words I felt I needed to get the rabbi’s point across.

I want to be clear that the selections here are mine alone. I am sure that in some cases, the rabbi might take issue with the paragraph(s) I have chosen to represent their sermon. That points to another challenge with this project: Many of the best sermons do not lend themselves well to this format. In some cases, a sermon is so tightly constructed that excerpting one paragraph makes no sense. Rabbi Steve Kushner’s elegant sermon about being inspired on a trip to Venice is a great example of that challenge, as are Rabbi Joshua Davidson’s remarks on our political culture. That also means that sometimes I have had to choose between selections that really captured the essence of the sermon and those that make sense standing on their own.

Finally, please note that I have not edited the text of the excerpts, although I have removed the footnotes/references (they are there in the original, linked, sermon). That means that some Hebrew words or biblical references which might normally be clarified (and might have been clarified at another point in the sermon) are left to stand on their own. Again, you can – and should – get the full context by reading the linked sermon.

Mark Pelavin (he/him) is the chief program officer and director of the Biennial at the Union for Reform Judaism.