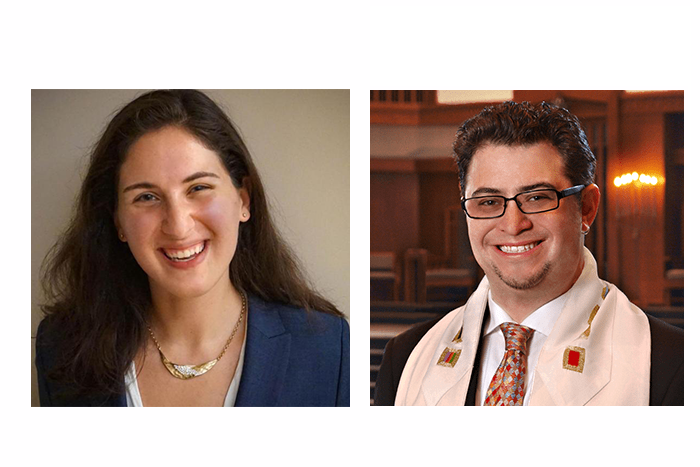 Editor's Note: This was originally posted to ravblog and CCARpress.org.

In light of the recent Texas anti-abortion law that has gone into effect, we are sharing this excerpt about reproductive justice from The Social Justice Torah Commentary, forthcoming in November 2021 from CCAR Press.

A study by the Pew Research Center found that 83 percent of American Jews say that abortion should be legal in all or most cases.1 American Jews’ widespread support for permissive abortion laws finds grounding in Jewish tradition’s approach to pregnancy and its end. Though the Torah makes no specific reference to any process resembling a modern abortion, the following passage from Parashat Mishpatim provides our tradition’s earliest guidance on the termination of a pregnancy:

When individuals fight, and one of them pushes a pregnant woman and a miscarriage results, but no other damage ensues, the one responsible shall be fined according as the woman’s husband may exact, the payment to be based on reckoning. But if other damage ensues, the penalty shall be life for life, eye for eye, tooth for tooth, hand for hand, foot for foot, burn for burn, wound for wound, bruise for bruise. (Exodus 21:22–25)

The passage contrasts two scenarios in which two men are fighting and accidentally strike a nearby pregnant woman. The permutations differ only in who or what is harmed. In the first, only the fetus is lost, and the punishment is a monetary fine, paid to the woman’s husband. In the second, the woman herself is harmed or killed. There, the punishment is retributive: an eye for an eye and a nefesh—literally, “soul,” but in this case meaning a human life possessing personhood—for a nefesh. From this, we may derive the principle that a woman has the full status of a person, nefesh, while the fetus—though valued—has a lesser status.

The Mishnah expands this understanding of differential value by stating that if a woman’s life is threatened in childbirth, the fetus inside her can be destroyed, even to the point of “taking it out limb from limb, for her life comes before the fetus’s life.”2 Through the graphic language of this text, the Mishnaic author leaves no ambiguity as to whose life takes precedence. This text sets the standard from which all other halachah (Jewish law) on abortion flows. Later commentators debate in great detail the implications of this text, particularly the breadth or narrowness of the definition of a threat to the life of the woman.3 Some are more permissive of a range of emotional as well as physical impacts that could justify an abortion, while others understand the instances of permissibility with excruciating parsimony. Still, from the outset, Judaism can imagine some instances when an abortion would be permitted and even required.4

Furthermore, the Gemara concludes that prior to forty days, a fetus is not a person but rather is considered “mere water.”5 The debate about abortion in America hinges on questions related to what constitutes personhood and when life begins. But these are religious and spiritual questions, about which people of faith and conviction can disagree.

The Supreme Court held in Roe v. Wade that abortion is protected under the Constitution’s Fourth Amendment, which guarantees a right to privacy, including a right to private medical procedures. For American Jews, the protection of access to abortion could also be understood under the First Amendment’s free exercise of religion clause. Because Jewish law permits abortion under certain circumstances as a morally acceptable choice, or even in some cases a halachic requirement, any law that limits a woman’s right to choose might limit a Jewish woman’s ability to make a decision in accordance with her religious beliefs. When people of faith seek to adopt laws asserting when life begins, they endeavor to enshrine their own religious understanding in law. In civic discourse, the fact that Judaism understands these issues differently can be a powerful antidote to the pervasive sense that religious voices are only to be found on one side of this debate. Judaism is unequivocally “pro-life” in that it values life in all its forms, both actualized and potential. But where that term has come to mean “anti-abortion,” then it is clear that Judaism allows for abortion under at least some circumstances and therefore calls us to advocate for civil laws that protect a woman’s right to access abortion services.

These texts and their subsequent interpretations are a vital resource for all of us who seek to affirm Jewish support for the choice to terminate a pregnancy and to advocate from a Jewish perspective for laws that protect reproductive choice. And we are called to go further; the law is only one facet of a full and holistic justice. Even as Parashat Mishpatim guides us to a choice-oriented understanding of abortion law, it also leaves us with the injustice of a silenced story.

The text in Exodus 21 begins with an act of violence perpetrated against a pregnant woman, and yet this woman is all but absent from subsequent conversation about this passage. Across the centuries, almost all of the voices of Jewish interpretation, and even many modern commentators, fail to acknowledge her story. The interpreters miss the opportunity to see her as subject, rather than object. To see the woman in this text as merely a hypothetical in a legal case study is to deny that cases such as these were very real to the people who experienced them. To reach a full sense of justice in our understanding of abortion, we must pair mishpatim (laws) with sipurim (stories). …

3. We recognize the complexity of this term and acknowledge that it is not only women who experience pregnancy and abortion and also that not all women can experience pregnancy. We offer this word for simplicity but intend it to include a broad range of experiences and identities.

4. Many trace the split between lenient and strict positions to Rashi and Maimonides, respectively. See Rashi’s comment on Babylonian Talmud, Sanhedrin 72b; Maimonides, Mishneh Torah, Hilchot Rotzei-ach Ushmirat Nefesh 1:9. Rashi defines the fetus as non-nefesh (in keeping with our passage in Exodus), while Maimonides focuses his discussion on the fetus as a rodeif (meaning only if the fetus is actively pursuing the life of the mother should the pregnancy be terminated). For fuller discussion of the halachic texts that flow from each side, see Daniel Schiff, Abortion in Judaism (Cambridge: Cambridge University Press, 2002).

Rabbi Emily Langowitz (she/her) is the Jewish Engagement and Learning Manager at the Union for Reform Judaism. She lives in Phoenix, Arizona with her wife, Meaghan, and their dog, Frank.