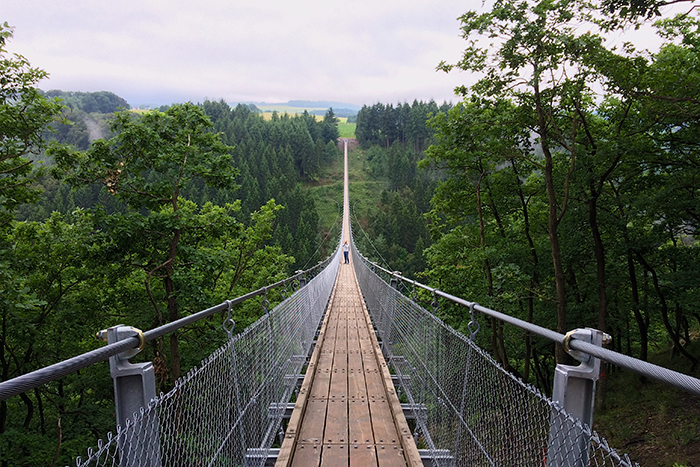 “Know, too! A person must cross a very, very narrow bridge. The main rule is: Do not be frightened at all!” (Likutei Moharan, Part II 48:2:7)

A message to anyone who has been subject to abuse or harm within the URJ - or by the URJ as a result - and to the wider URJ communities, from Dr. Guila Benchimol and Dr. Alissa Ackerman:

Two of the recommendations made in the 2022 report of the independent investigation into sexual misconduct at the URJ conducted by Debevoise & Plimpton LLP were about restorative processes and examining the role of teshuva. The URJ has recognized that true accountability requires more than just apologies and policy changes.

Because we are two Jewish women who are survivor scholars and restorative justice facilitators, who have dedicated our lives to addressing sexual harm by understanding it and its far reaching consequences, the URJ has sought out our services to create survivor centered restorative justice processes. The URJ has come to understand that they cannot be the providers or holders of these processes because of the harm they, too, have caused.

First and foremost, restorative justice is survivor centered - this is our north star. We are working for and in the interests of the restorative justice process and framework, which is a set of values under which many different kinds of processes live. The processes in which we, victim-survivors, and the URJ are going to engage are related to the instances where the URJ has caused harm, allowed for harm to occur, or responded poorly to the harms that have been reported to them. We understand that many of you have called attention to the harm caused by and within the URJ, and that it might pain you that it has taken this long for the URJ to take action.

As criminologists - one whose research focuses on victims and survivors and one whose research has focused on why people offend - we have had difficult conversations over the years that brought us to the realization that restorative justice was an untried mechanism in our Jewish spaces. We believe that it can be one path towards accountability, healing and teshuva, while recognizing that it is not for everyone or for every situation.

While we have been engaged in restorative processes within and outside of the Jewish world, a project of this size in our Jewish communities is revolutionary, especially because it begins with those who have been harmed and the institution that harmed them, rather than with the direct harm doers. That is why we are calling this project ‘building a very narrow bridge’ based on the teaching of Rebbe Nachman of Breslov popularized in the song about the whole world being a very narrow bridge. We recognize that we are standing on shaky ground, where there is currently fear, mistrust and a lot of pain. We are asking you to join us there. We too are trepidatious in taking this on and we make no assumptions about what we will be able to accomplish. But we can hope. As Rebbe Nachman says, “The main thing is not to be afraid.” While we are afraid, we are leaning in and hoping you will join us. The verse above talks about the person traversing the narrow bridge alone. Maybe that is why it feels so scary. We hope to journey with everyone who wants to be involved - in listening, restoring, repairing and returning - whether it is to your camps, your congregations, your movement, to the values that the movement espouses that you want to see them practice - or to yourself.

Debevoise & Plimpton and the URJ asked you to share difficult and painful memories and experiences. We are here to better understand the specific needs you have from the URJ and to help the movement be accountable to those needs. Therefore, as we embark on this work, we are inviting anyone who has been harmed in any way within the URJ (sexually, physically, emotionally - through bullying, discrimination, harassment, etc.) within the URJ, who is interested, to allow us to listen to what your needs and wishes are from the URJ. We will be holding listening sessions for victims and survivors through November 10, 2022. Please fill out this confidential form if you are interested in meeting with us. (If a second listening session time frame is needed, we will set one up.) Additionally, if you know of anyone who has been harmed who wants to participate in a listening session, even if they have never spoken to the investigators at Debevoise & Plimpton or reported to the URJ or those who have come forward since the publication of the report, please share this message and form and our contact info (verynarrowbridge@gmail.com) with them. Anyone who wishes to make a report or share an experience of abuse or misconduct at URJ worksites, camps or programs may do so through one of several reporting channels.

We also recognize that there are secondary victims or survivors, meaning those who have not been directly harmed but have nonetheless felt the ripples of harm. Down the road, there is a place for you in this process, because restorative justice involves and includes the entire community.

After listening to direct victims and survivors, we will begin the process of listening to the URJ to get an accurate representation of their understanding of the harm you have endured and the harm that they have caused. There is no roadmap or playbook for this yet in the Jewish world, but after this listening phase, we will create a public roadmap that includes the necessary next steps and restorative processes to build the bridge that stems directly from the needs and desires of victims and survivors with an acknowledgement of the harm caused by the URJ. We commit to you to being open and transparent and to honor your voices and agency.

Restorative justice is deliberate and it takes time. What better time of year to begin than now. Our initial commitment to you is for at least one full year; meaning we hope to work with you from these High Holidays until the High Holidays of 2023. During this time, we will listen and co-design restorative justice processes that are centered on your needs and wishes and that help the URJ in their efforts to take full accountability for the harms they caused or that were caused on their watch.

This is holy, sacred work and walking this journey with you all is a privilege. May this New Year bring healing, restoration, and justice.

Dr. Guila Benchimol is a researcher, educator, consultant, and victim advocate who uses her teaching and academic backgrounds, and personal experiences, to work with various organizations around issues of gender, abuse, and power. Guila holds a PhD in Sociological Criminology from the University of Guelph. Her doctoral dissertation focused on understanding the processes through which some victims and survivors become anti-sexual violence advocates and activists and the multiple and complex identities they hold. Guila is also a trained restorative and transformative justice facilitator whose work incorporates the survivor perspective and her Jewish identity. She has been invited to address Jewish professionals and clergy across Canada and the US, as well as other faith communities where she educates, trains, and develops and implements policies. Guila also sits on the board of the Survivors Network of those Abused by Priests (SNAP) and is a research associate at the Center for the Social and Legal Responses to Violence. Her first 10+ year career as a Jewish educator in and outside of the Orthodox Jewish community informed her understanding of the need to address victimization of all kinds.

Dr. Alissa R. Ackerman is a “pracademic” and “survivor scholar” who incorporates her academic training, practitioner, and personal experiences related to sexual violence to inform her everyday work. She holds a PhD in Criminal Justice from the City University of New York, Graduate Center. Alissa has dedicated her career to understanding everything she can about sexual offending, including why it happens and how to prevent it, the impacts of sexual victimization, and restorative justice options for those impacted by sexual harm. After participating in restorative justice processes as part of her own healing work as a survivor of sexual violence, she began building and facilitating processes for others who sought restorative options as part of their healing. Importantly, Alissa infuses her Jewish identity and values into her restorative justice work, as her Jewish values and restorative values are one in the same.

Given the nature of our work and the paths that led us here, we work towards the education around, and prevention and intervention of, sexual violence and harm in many different spaces. Guila was one of the key advisors who guided the launch of the SRE Network and continues to serve as their Senior Advisor on Research and Learning while consulting for other organizations. Alissa co-founded and co-leads Ampersands Restorative Justice and consults for other various projects. However, the work we are doing on this Building a Very Narrow Bridge project remains unrelated to, and independent, of our other roles. 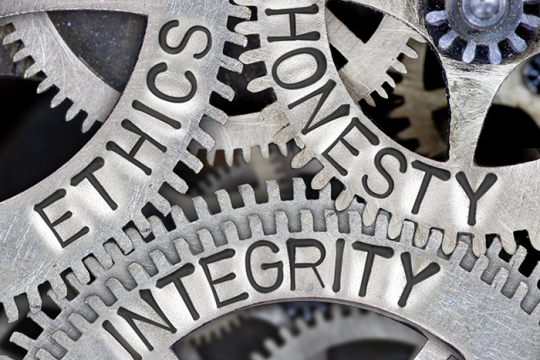 As part of the continuing effort by the URJ and our Movement partners to ensure safe, respectful, and equitable workplaces, the URJ is urging all congregations to adopt an ethics code that addresses the behavior of lay leaders, volunteers, congregants, and staff.
Ethics Accountability
Image 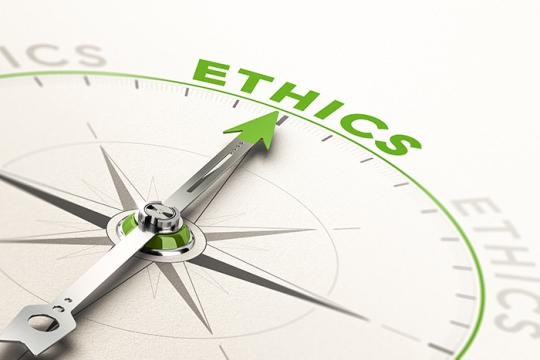 As part of the URJ’s ongoing ethics work, we are writing to let you know of new and expanded reporting channels and protocols, including the hiring of a new Ombuds. These steps have been informed by our field experts and the courageous voices of victims and survivors who have publicly and privately shared their experiences and feedback.
Ethics Accountability
Image 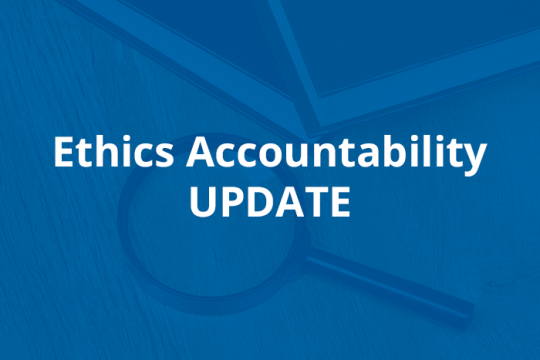 We are sharing this update on our ethics accountability work as part of our ongoing commitment to transparency, protection of every member of our community, and to the implementation of recommendations from the Debevoise & Plimpton investigation report.
View More