Braver Angels: What Will We Do to Hold America Together? 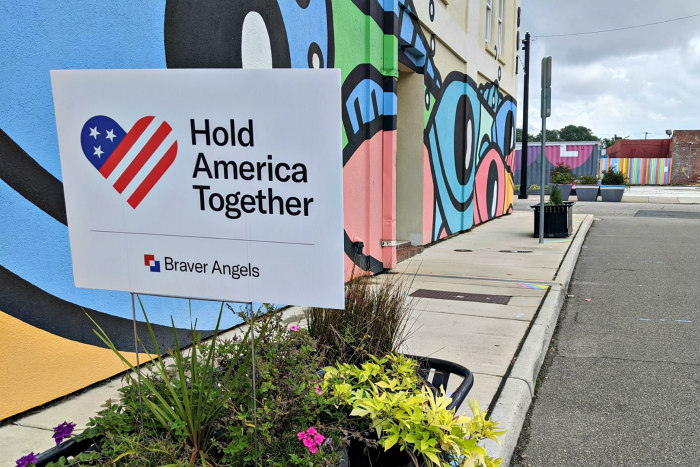 "We are not enemies, but friends. We must not be enemies. Though passion may have strained, it must not break our bonds of affection. The mystic chords of memory will yet swell the chorus of the Union, when again touched, as surely they will be, by the better angels of our nature." – President Abraham Lincoln

Braver Angels isn’t about trying to change people’s minds. It’s about healing the country in the aftermath of the 2020 U.S. elections. Endorsed by both the Union for Reform Judaism and the United States Conference of Catholic Bishops, Braver Angels is trying to depolarize the country, one community at a time.

We’ve been taught not to mix politics with religion, when what we should have been taught is how to talk about politics and religion. We’ve always had political disagreements – but now we’ve reached the point where we can no longer talk to one another. Today those with differing political views are seen as wrong, misguided enemies.

But all that rancor and mistrust threatens our democracy and prevents any solutions from even being considered. This divisiveness we’re witnessing has the potential to bring out the worst in each of us.

Braver Angels was born to address this crisis of polarization. Braver Angels’ objective is not to get the two sides to agree or even compromise in the middle, but rather to change the way they view each other. It’s about healing relationships – and it’s not a left-wing movement or a right-wing movement but an American movement.

To accomplish this goal, its staff, funding, and board of trustees are all evenly split – half blue (liberal) and half red (conservative). It’s a true, grassroots, bottom-up, volunteer-driven organization consisting of red and blue; Black, white, and Brown; Christian, Jewish, Muslim, Hindu, B’hai, Buddhist, Humanist, and beyond – a true American melting pot.

Braver Angels tries to achieve this via weekly debates, skills-training workshops, book discussions, concerts, and more – including With Malice Toward None, its initiative to heal America in the aftermath of a clear 2020 election outcome.

Religious congregations, colleges, civic organizations, and small groups of friends and neighbors are invited to organize gatherings, whether online or in-person, after the election has been decided. In these gatherings, liberal and conservative Americans alike are encouraged to consider how they want to regard fellow citizens who voted differently – and begin building the capacity of “we the people” to forge “a more perfect union” as we move into 2021.

As it seems likely that election results will not be finalized and certified for several weeks after the election, the country could, therefore, in the very near future, face a constitutional crisis in which our institutions cannot produce consensus on who is the legitimately elected president. Braver Angels’ Hold America Together initiative is an attempt “to get all sides to resolve to work together across this chasm for solutions grounded in the Constitution and guided by our democratic and non-violent traditions and our sense of shared destiny.”

Braver Angels even offers a 1:1 Conversations program in the style of chavruta learning – the way Jewish learning has been conducted for more than 2,000 years. The process involves two structured, one-hour conversations between two people using an online platform; participants are paired up with a partner of varying political views, demographics, and backgrounds.

As the late Rev. Dr. Martin Luther King taught, “We must learn to live together as brothers, or perish as fools.” Visit BraverAngels.org to learn more and get involved.

Bill Bergstein is a member of Congregation Keneseth Israel in Allentown, PA.

END_OF_DOCUMENT_TOKEN_TO_BE_REPLACED 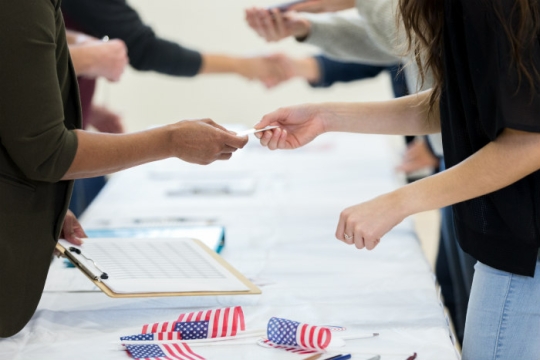 With Election Day in the rear-view mirror, we want to take some time to recognize the incredible and sacred civic engagement efforts of our Reform communities.
Rabbi Rick Jacobs
Image 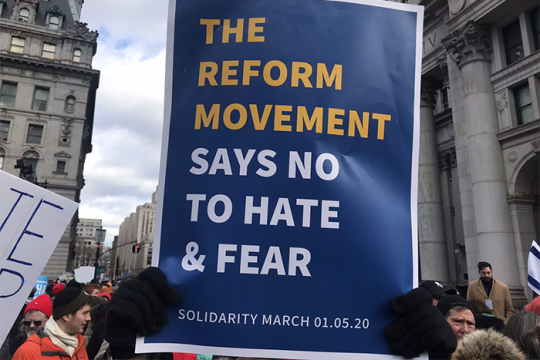 Americans can and do differ on many policies and candidates – but we should all join together to condemn all support for white supremacists and all efforts to undermine the election.
Civil Rights & Voting Rights
Image 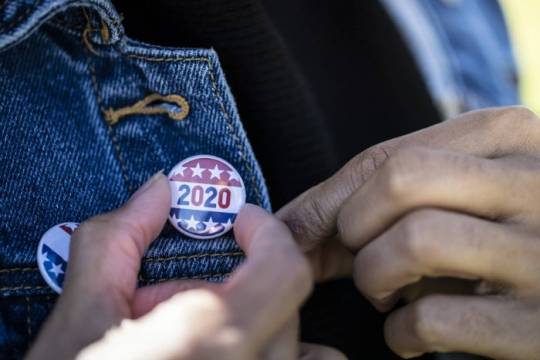