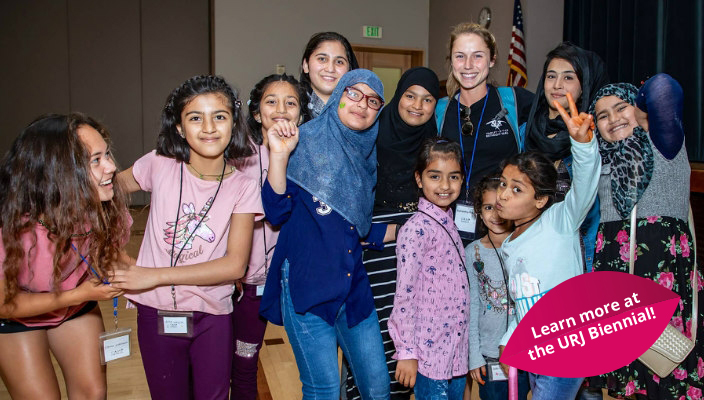 One of Judaism’s strongest ideas is that of the ohel petuach, or the “open tent.” Symbolized by Abraham offering shelter to traveling strangers, we too can open our “tents” in many ways.

Congregation B’nai Israel in Sacramento, CA, applied this concept by creating Camp Nefesh, a full-service day camp for newly arrived refugees. To learn more about this 2019 Belin Award-winning initiative, we caught up with Lucy Beckett, the teenager who dreamt up the concept, as well as Denise Crevin, the congregation’s director of education, and Sharon Rogoff of Women of B’nai Israel.

URJ.org: How did you become inspired to start Camp Nefesh?

Lucy Beckett: In the summer of 2017, the summer after my confirmation, I went on a URJ Mitzvah Corps trip to work at a summer camp for kids who are refugees, led by the International Rescue Committee. I thought, “Why don’t we have this in Sacramento?” – so I brought the idea to the clergy and director of education at Temple B’nai Israel, and they were overjoyed to have it come here.

Crevin: When Lucy returned, she met with Rabbi Mona Alfi and me. Lucy pointed out that B’nai Israel is already involved in a lot of impactful social justice work related to immigration and refugees – and we already have a summer day camp, so we had the infrastructure. When she asked, “Could we do this?” Rabbi Alfi and I looked at each other and said, “Sure!”

What was it like to host a Jewish summer camp for Muslim refugees and work across lines of difference?

Crevin: From our first discussions, we realized the opportunity we had to not just provide a safe space for the children to experience the fun of summer day camp and learn about American culture, but also for our teen counselors and adult volunteers to learn from them.

We worked closely with the staff at Opening Doors, Inc. – a local refugee resettlement agency – to address religious questions about attire, food, prayer, participation in activities like swimming, what children of different genders could and couldn’t do together, and more. During our counselor training, we included details about the refugee experience, the process that takes place when they arrive here, and key details about Afghani culture.

Before Camp Nefesh’s second summer, we created a letter to the children’s parents (which Opening Doors translated for us) about our space – a synagogue – and key elements that could cause concern for the refugee families, like halal food and prayer space. Starting off this way enabled us to better respond to questions and strengthened the partnership between Camp Nefesh, our synagogue, and the refugee families.

Lucy, what has leading a project of this scale done for you?

Beckett: It definitely brought me closer to the synagogue. I went from coming here mostly for Sunday school to help out to coming here at least five days a week to work on Camp Nefesh. It also brought me closer to the teens here. I definitely didn’t know how to start something like this, so it gave me a lot of experience, and I got to give other teens that experience, too. Now all of us have some work experience under our belt and experience in leadership roles.

From a Jewish perspective, what has been the biggest driving force behind this project?

Beckett: The imperative to welcome strangers – “for we were once strangers in the land of Egypt,” as we learn at Passover – is a big theme throughout Jewish history. From the Spanish Inquisition to the Holocaust, Jews have been refugees and immigrants seeking shelter and a welcoming place – and a lot of countries haven’t been that welcoming place.

Right now, for many refugees, the United States hasn’t been that welcoming of a place, either. We wanted to change that, and as Jews, we have that special connection to immigrants and refugees.

Rogoff: And Camp Nefesh fit right in with what the adults at our congregation were doing, too. From a social action point of view, we do as much as we can around interfaith work and multicultural work.

What has been the overall response to Camp Nefesh?

Rogoff: The response here was amazement that it actually came to fruition; the Social Action Group and Women of B’nai Israel wanted to stand behind this and support it as much as we can and do what we can to make it a permanent part of the youth programming here at Temple. I’ve never heard a negative word about it. It’s been amazing; it’s just a gem!

What do you have planned for the future?

Rogoff: The congregation has decided to continue running Camp Nefesh going forward, and our b’nei mitzvah students are choosing to participate as counselors and activity leaders for their mitzvah projects. Half of the participants in last year’s confirmation class went on last summer’s URJ Mitzvah Corps Pacific Northwest trip focused on refugee resettlement, and they plan to be involved in Camp Nefesh going forward, too.

Beckett: People who hadn’t been as involved in the community have gotten more involved. We have a lot of adult volunteers who been looped in, and a lot of teens who had dropped off after their last year of Sunday school have come back to work at Camp Nefesh – which also got them back looped in to our teen programs. It’s really brought the community together, and I have full faith in Camp Nefesh remaining sustainable.

END_OF_DOCUMENT_TOKEN_TO_BE_REPLACED 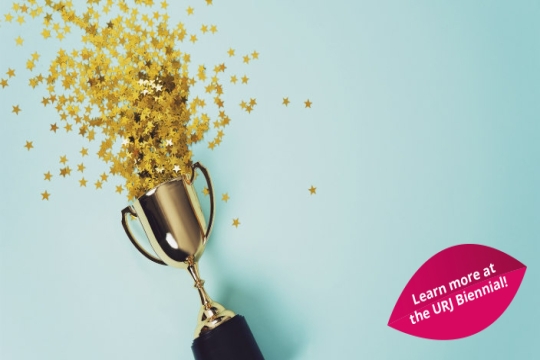 Meet eight award-winning congregations that have developed innovative programs rooted in the concepts of audacious hospitality that also engage and retain members.
Death and Mourning
Image 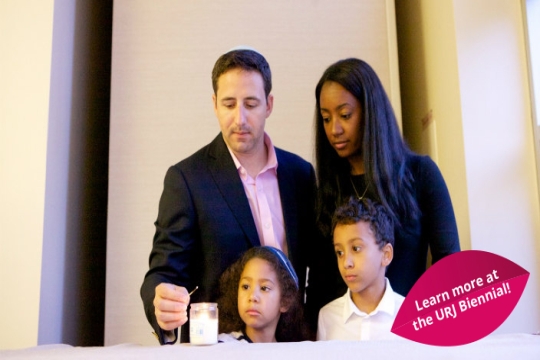 Throughout the course of 12 years, Temple Shalom in Succasunna, N.J., experienced a number of hardships, ranging from financial difficulties to a decline in membership. As it turned out, though, the thing that would inspire this community to thrive once again was, well, the very community itself.
Belin Awards
Image 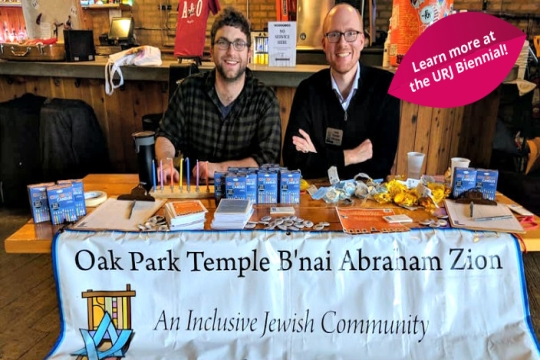 How do you lead a congregation and create cohesive community when your synagogue exists between two distinct communities? That was one of the challenges facing Oak Park Temple, which sits between the west Chicago suburbs and the northwest part of Chicago in the suburb of Oak Park, where more young families are increasingly relocating
View More