Growing Through a Summer Internship With the URJ 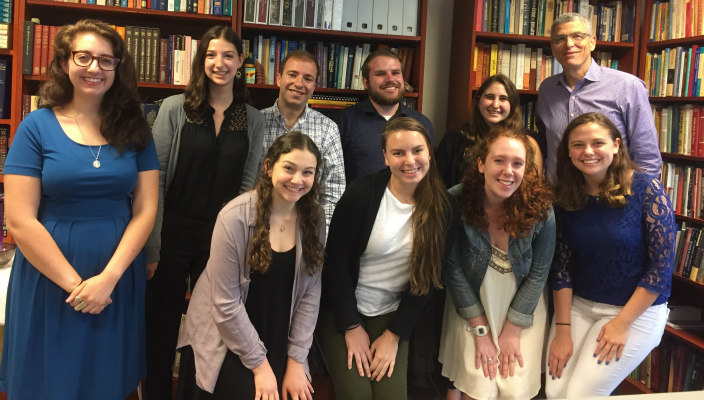 Walk into the Union for Reform Judaism (URJ) on a hot summer day, and you’ll see professionals writing content for the website, planning mailings, and tackling other tasks to invigorate the Reform Movement. Several of these professionals, myself included, are college interns, navigating toward a bright future even as we navigate a page in our browsers. Like many college students, we’ve taken a summer internship – whether to boost our experience or get nagging parents off our backs about being productive.

The best internships teach lessons applicable to our chosen field – sometimes valuably teaching us why a particular field may not be for us. This summer, the URJ employed me and nine other interns in three locations: its youth office in downtown Manhattan, the URJ headquarters in midtown Manhattan, and the Religious Action Center (RAC) in Washington, D.C. As Jewish young professionals and URJ interns, my friends and I have had a unique opportunity to work at a Jewish non-profit organization, whether or not these roles fit into our professional trajectory. Although some of us have gained skills that support our professional ambitions, we’ve all gained valuable insight into an organization that continues to shape our Jewish world.

My friend, Molly Buckley, for example, who interns for Youth Innovation and Learning (at the desk right next to mine!), described the utility of the skills she’s learned, “I wasn’t just sitting around, I was learning a lot. It was all super exciting, and this was the first internship that was like this.” Ilana Symons who worked with the RAC (which she never lets us forget, constantly talking about social action) concurs: “To have had the opportunity to develop my own skills in a setting that I see myself working in was meaningful.”

Some interns grew up in the Reform Movement and as kids and teens benefited from the work done in the very same offices in which they now work. Veronica Grady, who interns with the Youth Communications and Marketing team said, “I grew up doing URJ events and was on the consumer side; seeing where my role as a teen fits into the greater picture in retrospect is really interesting. It’s exciting to see something I love so much from a different perspective, and at a different stage in my life.” (Well said, Veronica, I think, smiling at her as she types next to me!)

Aaron Hersh, who interns for the Knowledge Network and Strengthening Congregations, shared similar sentiments: “Since I grew up in the Reform Movement, and really looked up to people at the URJ, it was incredible to be a part of it and see how everything works behind the scenes.” (He is always so articulate!) Molly had a different perspective, as she did not grow up in the Reform Movement. “I’ve learned so much, especially as someone who didn’t participate in URJ programs growing up.”

While our URJ internships allowed us to develop computer skills and communication etiquette, as well as engage with the Reform Movement’s endeavors and projects already in motion, we also got to interact both professionally and casually with colleagues. Ilana said, “I’ve had the chance to meet people who work for the URJ and URJ affiliates and being able to explore all the sides of that has been really interesting.”

Allison Salzman, who interns with the NFTY Alumni Department and on the development team, added that meeting others at the internship has been a benefit (I hope that I am included among them!). “It was a really good learning experience for those who grew up in the movement or not. Just meeting people who share the same values has been a good experience.”

Melissa Lipset, Communications and Marketing intern, agreed wholeheartedly (as she ate her PB and J), adding: “Everyone was friendly and cared about our progress. It was a really healthy work environment.”

As we move on from our internship experiences, we each will carry something with us that we learned this summer. Thanks, URJ, for an internship in which my friends and I, all with varying interests, could share an interest in you! 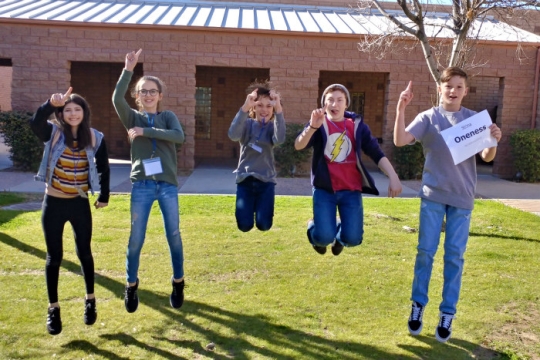 "Like Dawn Skimming the Horizon": Riding the Changes in NFTY (Part 2)

Change in the middle of a global crisis is simultaneously invigorating and exhausting. NFTY has more than an 80-year history of change, and as of late, the reality of COVID-19 has sped up our change process.
View More