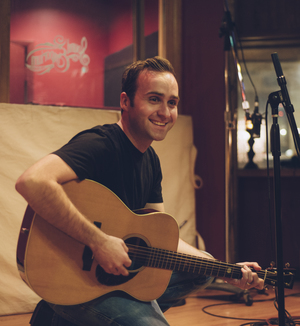 Listen to the Unplugged with Alan Goodis: Featuring Cantor Rosalie Boxt at Reformjudaism.org

Music lovers, camp song leaders, cantors, teens, and interested musicians are invited to join us for the LIVE  "After Show" of Unplugged following the release of each podcast.  These podcasts features live acoustic performances, interviews, and conversation about songwriting, songleading, and music making, hosted by well-known musician Alan Goodis. This month, join us live* with Cantor Rosalie Boxt sharing her story and her music.

Alan is a touring Jewish musician playing over 150 events a year. Born and raised in Toronto, Alan is a proud product of URJ Goldman Union Camp Institute. Noted for his dedication to building relationships and community through music, Alan tours throughout the US to serve as an Artist-In-Residence and performer at Temples, Youth Conventions, and Jewish summer camps.

Rosalie currently serves as Cantor of Temple Emanuel in Kensington, Maryland, just north of Washington DC.  Cantor Boxt was invested Cantor from the School of Sacred Music of the Hebrew Union College – Jewish Institute of Religion in New York in 2001.  Before entering Cantorial School she worked for the URJ in NFTY Programs in Israel.  A long-time NFTY, Goldman Union Camp, and Kutz Camp Songleader, she co-edited the Shireinu Chordster, published Fall 2000.  Originally from St. Louis, Missouri, she attended the University of Pennsylvania as a Jewish Studies Major, Theatre Minor.

Rosalie also serves as the URJ Worship Advisor and Biennial Worship Director.  She is a Synagogue 3000 Fellow, and is a Partner in the Kalsman Institute on Judaism and Health.  She is also a past Vice-President for Member Relations of the American Conference of Cantors (ACC). Through PresenTense, an incubator for young Jewish social entrepreneurs and ConnectGens of the DC-JCC, she has launching a non-profit business called Kesher Shir: a venture which brings together Jewish musicians from diverse backgrounds to study, collaborate, and create meaningful music which will enrich and enliven worship and strengthen communities.  She currently mentors cantors in the field and consults congregations on issues of worship and music.

Her husband, Jason, is a Senior Vice President in Research Division of The Glover Park Group providing public opinion research, message development and issue advocacy expertise. The two met at the URJ Kutz Camp and have two daughters, Tahlia and Arielle.