The B'nei Mitzvah Revolution has had long-reaching impact with synagogues, clergy, parents, and  students. The following are articles connecting the BMR to ongoing issues and positive change.

Taking the Torah Home at Kol Tikvah, eJewishPhilanthropy - February 10, 2015
“Our temple participates in the B'nei Mitzvah Revolution and our Rabbi, Jonathan Hanish, is trying to implement new ways to make the b'nei mitzvah experience more meaningful for the child and family. One such way begins on Friday night before the big day. At that time, Rabbi Hanish allows the child to take the Torah that he/she will be reading during the service to their home.“

Transforming our Temple Through the B'nei Mitzvah Revolution, eJewishPhilanthropy - February 3, 2015
“Our BMR project at Reform Congregation Kenneth Israel, Mitzvoteinu, asked sixth graders to do a “mitzvah project” for the synagogue, with help from existing synagogue leaders, so that they and their families could contribute to their community in the process of becoming a Jewish adult. The Mitzvoteinu project would not only teach teens about different mitzvot, but also about their synagogue, its leaders, and their impact on the community.”

Questioning the Essence of B'nei Mitzvah, eJewishPhilanthropy - January 27, 2015
“What might a bar mitzvah look like if it could emerge from on-going conversations with each family about what they hope to mark in this ritual? How might we imagine a bat mitzvah that developed from student learning rather than dictated by a set of prayer requirements? Our BMR team, comprised of synagogue professionals and lay leaders, began with the second question, leading us to completely reconceive our middle school curriculum.”

Finding solutions to reducing teen stress, Jewish Journal - December 10, 2014
Adolescence has always been a challenging time of life. School, social obligations and hormones all make it especially hard to navigate. But some Jewish educators and clergy members have become worried that parents and teachers have reached a breaking point of piling on to kids’ lives.

“Most synagogues are ignoring that problem,” said Isa Aron, a professor of Jewish education at the Rhea Hirsch School of Education of Hebrew Union College-Jewish Institute of Religion (HUC-JIR) in Los Angeles. “The Jewish community is very focused on having teenagers engaged in Judaism in some way, but they’re not really focused on helping kids with what their real problems might be, probably because they don’t see that as part of their mission.”

Revolutionizing B'nai Mitzvah, Jewish Journal - May 14, 2014
“Working hand in hand with this team, our transformation began. We wrestled with the question, “What is a bar or bat mitzvah?” In answering this question, we engaged thoughtful and insightful lay leaders whose children were about to begin the b'nei mitzvah process. In a group that would seemingly want to maintain the status quo, they were receptive to change. They welcomed the ideas of enhanced engagement in both the child’s and family’s Jewish journey.”

Wellesley Temple Looks Past Bar Mitzvah Party Culture to Retain Young Jews, WBUR - Boston's NPR Station - April 28, 2014
“Some 80 percent of children who reach the Jewish rite of passage, bar or bat mitzvah, don’t continue to practice Judaism or even go to synagogue. A cadre of educators in the reform movement hope to stop this attrition, they say, by adding meaning and reducing the fanfare. A temple in Wellesley, Mass., is one of 13 across the country giving it a try.”

Transforming our Temple Through the B'nei Mitzvah Revolution, eJewishPhilanthropy - February 3, 2015

B'nai Mitzvah Revolution | About Us | Get Involved | Impact | Rationale 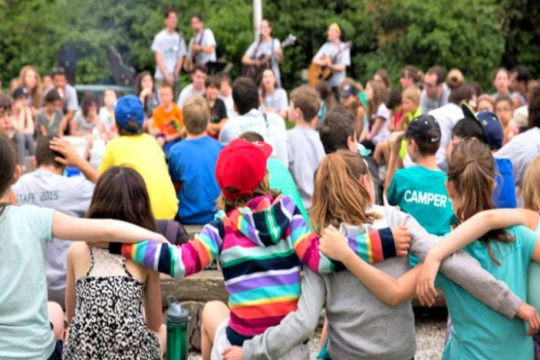 We're celebrating more than 20,000 youth, teens, and young adults immersed in a Reform Jewish experience. Here are a few other numbers that have us excited for summer.
B'nai Mitzvah
Image 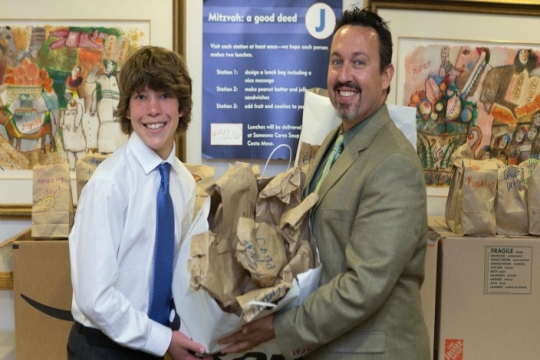 When a colleague told me guests at his daughter’s bat mitzvah would pack grains and canned goods for the homeless, I was nonplussed. His explanation changed my thinking.
Strengthening Congregations
Image 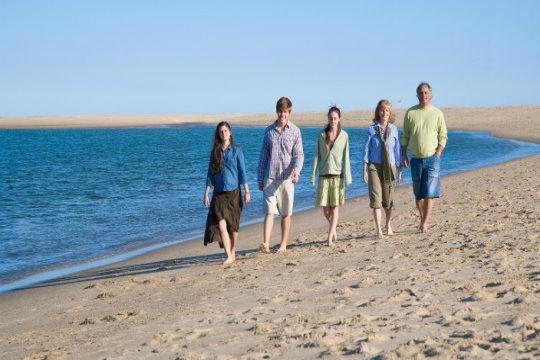 Read about how one congregation is building a community of parents that knows and supports each other, particularly as their children grow into their teen years.
View More