Secretary of State John Kerry’s comprehensive remarks today were a powerful affirmation of the bipartisan bedrock of American policy in the Middle East, and of our own approach: support for a two-state solution. That support was, rightly, cast in some of the staunchest pro-Israel language and most forceful denunciations of Palestinian instigation of violence that we have ever heard from the podium at the State Department.

Secretary Kerry is right to highlight the danger of allowing the status quo to continue to slide toward a one-state solution. We agree that “trends on the ground... are combining to eliminate hope, leading to a one-state solution” that neither the Israeli or Palestinian public wants. The Secretary was right, too, to shine a spotlight on Palestinian incitement of violence and the veneration of terrorists, and on the runaway freight train of the settlement expansion, driven by the most right-wing elements in Israeli politics and supported by the Israeli government.

Secretary Kerry is also correct, of course, that the U.S. should not, and cannot, dictate a solution. But his speech today reminds us that the United States has an indispensable role to play. It is difficult to imagine progress without vigorous American leadership, and the principles Secretary Kerry laid out today are a useful example of that leadership.

We continue to believe that the administration was wrong to abstain from voting on Resolution 2334 at the United Nations last week. Though we share the administration’s concern about settlement expansion, and, of course, its commitment to addressing Palestinian violence, it does not follow that the United Nations Security Council is the right place to have that discussion. In fact, we believe that the United Nations, with its long, consistent, and unchecked record of anti-Israel animus, has disqualified itself from playing a constructive role. Still, nothing justifies the outrageous, vitriolic, and unprecedented language that has been directed at President Obama and others in the wake of the UN vote.

We are mindful, as we must be, that Secretary Kerry’s remarks come on the eve of a new American administration. We are convinced that a constructive American role is essential, and so we must acknowledge that we are not heartened by what we have heard thus far from the President-Elect and his team. We hope the Trump administration will recognize the necessity of two states as the only way to sustain a Jewish, democratic, and secure Israel. 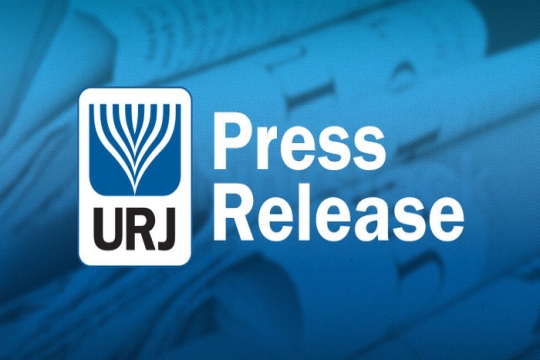