January 11, 2017, New York, NY – The Union for Reform Judaism (URJ) announces the establishment of a second URJ 6 Points Sci-Tech Academy, with support from a generous grant from the Foundation for Jewish Camp and the Jim Joseph and AVI CHAI Foundations. This exciting new camp will be the URJ’s 18th camp across North America offering young people immersive Jewish experiences within premier camping environments.

URJ 6 Points Sci-Tech Academy West will open in the summer of 2018 on the West Coast and welcome several hundred campers annually in grades 5-11.

Jordanna Flores will serve as the Director of URJ 6 Points Sci-Tech Academy West. With significant experience in formal and experiential Jewish education, Flores is a graduate of the Joint Jewish Education and Jewish Nonprofit Management Master’s Program of Hebrew Union College-Jewish Institute of Religion. She previously served as the Assistant Director of HUC-JIR's School of Education on the Los Angeles Campus.

“Our ambitious goals of opening a camp a year are being realized as a result of the URJ’s effective Campaign for Youth Engagement, which has grown annually for nine consecutive years,” said URJ President Rabbi Rick Jacobs. “I have witnessed the breathtaking moments when our campers experience how naturally their passion for science and technology blends with their love of Judaism. There is no better word than “explosive” to describe the sparks that URJ 6 Points Sci-Tech Academy ignites for the future of the Jewish people.”

“There has never been more vibrancy in the Reform Movement camping system, which engaged 13,000+ kids and young adults from 660 congregations this summer alone,” said URJ Vice President of Youth Miriam Chilton. “We are integrating, expanding, and deepening all our youth programs, providing more gateways into Jewish life than ever, including service learning, leadership, deep learning, social justice, arts, sports, technology, and more. With this continued expansion of the 6 Points Sci-Tech Academy model—now with locations on both coasts—the URJ continues to lead the way.”

“The tradition of sci-tech innovation is just as much our Jewish heritage as Shabbat candles, the Hebrew language, and Rabbinic texts. The URJ 6 Points Sci-Tech Academy combines campers’ love of all things science and technology with a vibrant celebration of Judaism, and we will be proud to offer families throughout the Jewish communities in western North America the new camp’s extraordinary opportunities,” said Flores.

“Throughout her career, Jordanna has sought out and seized opportunities across the field of Jewish education to make Judaism more vibrant and accessible. She is the ideal leader to bring URJ 6 Points Sci-Tech Academy West to life,” said URJ Director of Camping and Israel Programs Paul J. Reichenbach.

Flores has worked as the Interim Director of the Zimmer Children’s Museum, and the Program Director for The Brandeis-Bardin Institute where she coordinated extended learning opportunities with leading Jewish scholars. As the Director of Camp Alonim at The American Jewish University where she spent her childhood summers, Flores increased enrollment, introduced new activities and Alonim’s first dedicated fundraising events. As the Director of the Melton School for Adult Jewish Learning in Los Angeles, she managed the governing consortium of synagogues, day schools and The Jewish Federation which crossed traditional denominational and community lines. 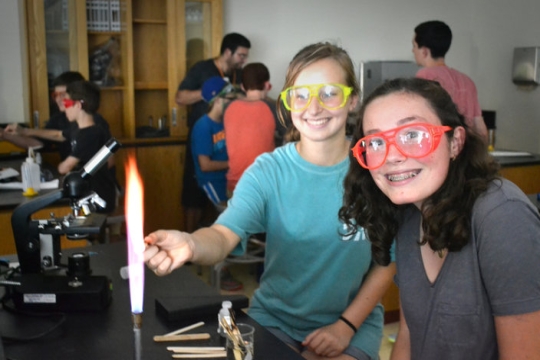