This post originally appeared on the Washington Post’s “On Faith” column on December 24, 2011. 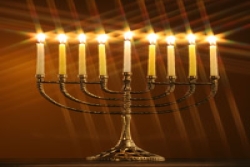 This post was written by RAC Legislative Assistant Molly Benoit as part of the Union for Reform Judaism's "Ten Minutes of Torah" series. As a child of the 90’s I learned the Chanukah story in many contexts, from the traditional religious school recounting of the miraculous oil to the mem 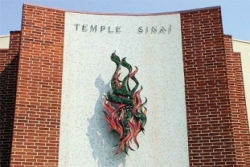 By
Susan Paykin
Tuesday marked the eighth and final night of lighting the Chanukah candles for Jews around the world.
Image 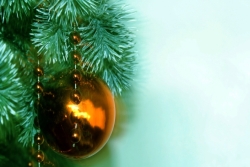 It was over brunch on our fourth date when I told him, "This can't go anywhere...I’m Jewish and you’re not." After years of Jewish camp, Hebrew school and lectures from my parents, I was fairly certain that the eleventh commandment was “Thou shalt meet a nice Jewish boy, get married and have beau

by Nancy Crown When I was called to meet with a member of my synagogue’s Congregation-Based Community Organizing Committee, I almost declined.  I was asked to think about what the temple could do that it was not already doing. My main reaction was to reflect on the many opportunities for learning, worship, and community that I wasn’t partaking of, due to limited time and a longstanding “outsider” feeling when it comes to religion. Like many others, my upbringing did not include much meaningful participation in the spiritual aspects of Judaism. My daughter, now 28 years old, has developmental disabilities. She was keenly interested in Judaism as a young child, but as a teen, she began to talk about converting to another religion. By that time, our son was enrolled in school at Congregation Rodeph Sholom, where we were members. We chose a Jewish day school for a number of reasons, including our desire for our son to feel more secure in his Jewish identity than my husband, my daughter, or I had felt. We began lighting candles on Friday nights. I took Hebrew classes.  We attended services, where, at moments, I would feel an achy kind of longing, alongside a feeling of being an outsider. Try as I might, I couldn’t quite find a way in.
Image 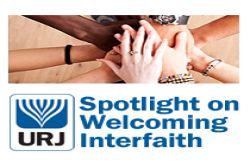 “So, how many children do you want?”  Not an unusual question for a man to ask his girlfriend when he is beginning to think about a future with her.  However, when I heard this question, it came from the cute, industrious Israeli I had been dating for about six months and I actually laughed.  “Yo