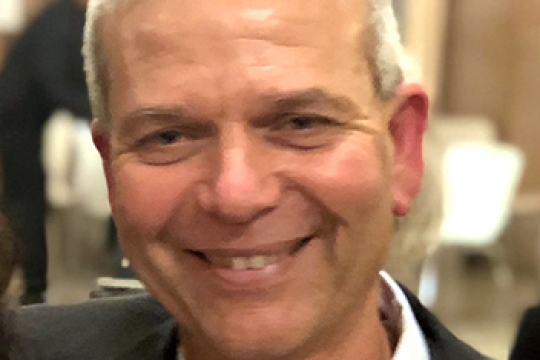 Each year, nearly 20,000 Reform Jewish youth, teens, and young adults are inspired by and find their home in URJ programs throughout 17 summer camps, a network of youth groups, and a variety of immersive travel programs. The URJ leads the largest, most diverse movement in Jewish life, numbering 900 congregations and inspiring nearly 2 million people.

In announcing the appointment, Rabbi Jacobs said, “Ruben is a gifted 21st Century Jewish leader with a proven track record of partnership, innovation, and collaboration that has resulted in increased participation across URJ programs, as well as development of youth leaders at all levels of the organization. Based on his demonstrated success in California, Ruben will continue to increase his impact and deepen relationships with families across the spectrum of Reform Jewish programming.”

Arquilevich served as director of URJ Camp Newman for more than 25 years and, more recently, was named URJ Director of Camping and Youth. His exceptional vision and extraordinary leadership helped evolve the URJ’s operations in California through focused investment in year-long teen engagement. Now, he will lead teams across North America in increasing and strengthening the URJ’s year-round programming offerings for individuals of all ages, ultimately creating a more holistic approach to sustained engagement.

Arquilevich said, “I am blessed to be part of this sacred community, living Jewish values in joyful places and moments that create the vision of the life we seek. Every day, I see images and hear the stories of how camp, NFTY, Israel, and other immersive adventures strengthen our souls, hearts, minds, and hands to build a more just, loving, resilient world. I am thrilled that NFTY, camps, Israel, and year-round immersive experiences will be led through a shared vision, to serve the same children, families, teens, and adults throughout their lives in a cycle that continually begins anew, l’dor vador.”

Rabbi Jacobs said, “At this time we also express our appreciation to Miriam Chilton – who, for 15 years, contributed to and then led the operations of URJ youth programs in a way that has made Reform youth programs the gold standard within the Jewish world – as she pursues her next chapter as the chief operating officer at a Jewish communal organization closer to her home.”

He continued, “Indeed, her outstanding leadership, combined with the extraordinary dedication and vision of Paul Reichenbach – who announced his retirement earlier this year – have set our Movement on a path of excellence and growth that will continue for years to come. We wish them both the very best and know that their contributions to the Jewish communal world will continue to be felt now and throughout future generations.”