Organizations of the Reform Movement

With more than 850 congregation in the U.S. and Canada, Reform Judaism the largest Jewish movement in North America.
Image 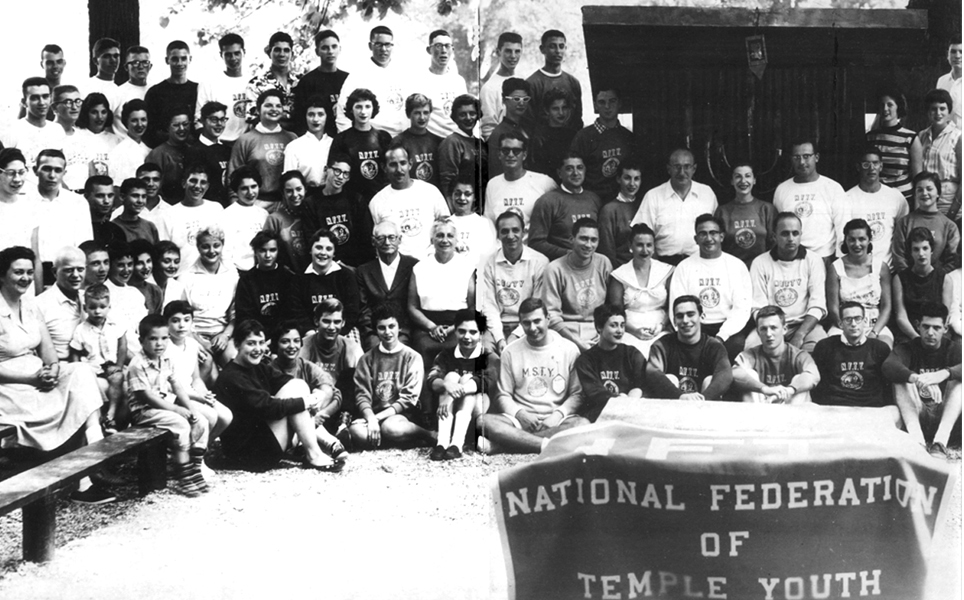 Since its founding in 19th-century Germany, the Reform Movement has embraced modernity, incorporating innovation into all facets of Jewish tradition, education, and life. Reform Judaism’s commitment to social justice for all – women, people with disabilities, the LGBTQ+ community, immigrants, people of Color, and, indeed, people from all faiths and backgrounds – is a key pillar of the Reform Movement, contributing to its popularity among North America’s Jews.

The URJ has grown into the largest and most powerful force in North American Jewish life, with nearly 850 congregations in the U.S. and Canada, more than 1,200 congregations worldwide, and the organizations and institutions that support the lay leaders, clergy, and Jewish professionals among its ranks.

Hebrew Union College-Jewish Institute of Religion, the Reform Movement’s North American seminary, is the first and largest Jewish seminary on the continent, with four campuses in the United States and Israel. In addition to ordaining rabbis and cantors, HUC-JIR and its Reform counterparts in Germany and the U.K. also train Jewish educators, nonprofit professionals, and pastoral counselors.

Congregational membership in the Union for Reform Judaism (URJ)  provides access to these and other offerings available from the larger, global Reform Movement:

Learn about the diverse organizations that comprise the Reform Movement, encompassing every age and interest group.

With almost 600 members, the ACC, through its support for and cultivation of excellence among ordained and certified cantors, strengthens Reform Jewish life in North America. ACC cantors are equipped to be attentive to the joys and challenges that members within a congregation face over the course of their lives, using both their unique calling to music and prayer and their shared responsibilities for offering spiritual leadership to congregations. ACC members also can help lead their congregations and by extension, the Reform Jewish movement in North America, to a bright future.

ARZENU is the umbrella organization of Reform and Progressive Religious Zionists, founded in 1980 as an ideological grouping in the World Zionist Organization. ARZENUA uses its political strength in the National Institutions of Israel to advocate for Reform Jewish values with the Government of Israel.

As the professional organization of Jewish educators of the Reform Movement, ARJE serves a wide variety of Jewish organizations by working to strengthen Reform Jewish religious education.

The Brit Milah Program of Reform Judaism, under the supervision of HUC-JIR in Los Angeles, trains physicians and nurse midwives to become Reform mohalim. NOAM is the professional organization that provides support and continuing education to Reform mohalim. Our mission is to make the age-old practice of Brit Milah available to Jewish families as a meaningful and relevant Jewish lifecycle ritual.

Comprising more than 6,000 members, ARZA Canada strives to connect with Reform communities throughout Canada, foster connections with and strengthen ties to the Reform Movement in Israel, and work to realize the vision of Reform Zionism.

The oldest and largest rabbinic organization in North America, the CCAR strengthens the Jewish community by providing religious, spiritual, ethical, and intellectual leadership and wisdom for the 2,200 rabbis who serve more than 2 million Reform Jews throughout North America, Israel, and the world.

Early Childhood Educators of Reform Judaism (ECE-RJ) was founded to foster a dynamic community of vibrant early childhood professionals and stakeholders whose pedagogy and practice are firmly rooted in Reform Judaism.

ECE-RJ provides exclusive access to forums, webinars, and resources to support its members in strengthening their early childhood programs, congregational programming, curriculum, supervision and professional development. Members of the ECE-RJ community support and inspire each other to grow professionally, developing the tools to build deep relationships and connections between and among families with young children, the congregations, and the greater Jewish community. All Director, Assistant Director and Teacher members who work in a URJ Congregational early childhood center can participate in valuable financial security programs such as a 403(b)-retirement plan, life insurance, and long-term disability insurance through the Reform Pension Board.

Founded in 1875, HUC-JIR is the largest Jewish seminary in North America for Jewish studies, preparing rabbis, cantors, leaders in Jewish education, Jewish nonprofit professionals, pastoral counselors, and scholars to apply their knowledge, commitment, vision, and expertise to strengthen and transform the Jewish community and larger world.

The public and legal advocacy arm of the Reform Movement in Israel, IRAC was founded in 1987 with the goals of advancing pluralism in Israeli society and defending the freedoms of conscience, faith, and religion.

IMPJ is the umbrella organization of all the Reform communities and institutions in Israel.

On January 23, 1923, eighty-nine Reform Jewish brotherhoods and men’s clubs from across the United States came together at the Hotel Astor in New York City to form the National Federation of Temple Brotherhoods (NFTB), now called Men of Reform Judaism (MRJ). The mission was “to encourage local Brotherhoods to engage in projects and activities that would provide meaningful services to their congregation, to sponsor and promote vitally important nation-wide, community-building projects and to give local Brotherhood members the opportunity to explore and celebrate fellowship.” Men of Reform Judaism is that place where intellect, vision, matter, and spirit meet. It is this place because our members recognize their obligation to our Jewish heritage and values.

Founded in 1941, NATA is the professional organization for more than 400 members from North America and Australia who serve synagogues as executives, administrators, or managers.

NFTY is the Reform Jewish religious youth movement, fostering leadership at the national, regional, and congregational level. For more than 75 years, NFTY has offered thousands of young people the opportunity to explore and live Reform Judaism through teen-powered weekends and engaging social justice ventures.

NOAM is the professional organization that provides support and continuing education to Reform mohalim. Our mission is to make the age-old practice of Brit Milah available to Jewish families as a meaningful and relevant Jewish lifecycle ritual.

The RPB has been serving the congregations, institutions and professionals of the Reform Movement since 1944, responding to the needs and concerns of participating organizations and their professionals.

For more than 50 years, the RAC has been the hub of Jewish social justice and legislative activity, serving as the Reform Movement's voice in Washington, D.C.

Founded by Rabbi Isaac Mayer Wise as the Union for American Hebrew Congregations in 1873, the URJ is a dynamic network of congregations, lay leaders, clergy and professionals across North America.

Established in 1913, WRJ strengthens the voice of women worldwide and empowers them to create caring communities, nurture congregations, cultivate personal and spiritual growth, and advocate for and promote progressive Jewish values.

WUPJ is the international umbrella organization of the Reform, Liberal, Progressive and Reconstructionist movements, serving 1,250 congregations with 1.2 million members in more than 50 countries.