How to Prepare Yourself and Your Congregation for the High Holidays 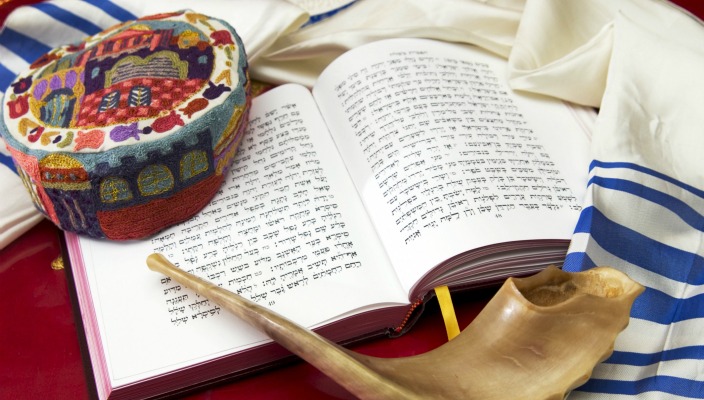 For the Jewish community, the balmy days of summer are far from relaxing, perhaps never more so than this year, as we grappled with the meaning of the events in Charlottesville, marched in Washington, and reached out to the victims of Hurricane Harvey. Now that Labor Day has passed, the intense preparations for our fall “Rites of Renewal” are in full swing. Few of us can quite articulate the forces that summon us to the spiritual practices of the upcoming Days of Awe. For some, these rites are familiar from childhood, for others, they are the chosen practices of adulthood, but for all, there are aspects of our participation in the Days of Awe that we do not completely understand. That is not to say that our religious life is irrational, but rather that the world we live in, especially in these challenging times, defies neat rationalizations – making congregational life more vital than ever for us and our members.

Beginning on Rosh Chodesh Elul (the first day of the Hebrew month of Elul – which occurred two weeks ago, just after the solar eclipse), a month before Rosh HaShanah, there are many practices and customs that can prepare us for the intensity and depth of the High Holidays.

One such practice is to sound the shofar daily. The shofar blasts – Tekiah, Shevarim, Teruah – return us to a time when most of existence was mysterious. According to Rabbi Michael Meyer in Response to Modernity: A History of the Reform Movement in Judaism, it was for this very reason that our Reform forbears of the 19th century eliminated the sounding of the shofar: “because its use was encrusted with kabbalistic notions and its raucous, primitive sound was believed more likely to disturb devotion than to stimulate it.” In some Reform congregations at the time, a trumpet’s more refined, modern sound replaced the shofar’s eerie, primitive wail, but given our collective hunger for the authentic, soul-awakening Jewish practice, I doubt that substituting trumpet blasts for the shofar is still a practice in our community. Especially for all of us who lead our people, it is important to hear the shofar’s ancient, haunting call – both to strip away facades and to face ourselves, each other, and the Nameless One with honesty and truthfulness.

Spiritual preparation and introspection, too, are essential for everyone who hopes to experience the transformative power of the High Holidays, but there is more. I love the teaching of one of my heroes, Rabbi Marshall Meyer, who was one of the 20th century’s true rabbinic giants. Born and bred in the U.S., he moved to Argentina and fought for human rights during the dangerous years of the military junta, and in the 1980’s brought his unique blend of spirituality and social justice to New York City’s Upper West Side to revive Congregation B’nai Jeshurun. He taught:

Rosh HaShanah initiates the Aseret Yimei Teshuvah, commonly translated as the “Ten Days of Repentance.”  I would like to suggest that for these days to have a new dimension of meaning, we translate them as the “Ten Days of Searching, Twisting, and Turning,” of wrestling with our souls and trying desperately to find new meaning to our existence.

Like his teacher, Abraham Joshua Heschel, Rabbi Meyer wants us not only to be introspective in our preparation for the upcoming High Holidays. These days also are a time for us to accept greater responsibility for the repair of our aching world. From looming dangers of a nuclear North Korea to the famine in East Africa to the struggles for religious freedom in Israel, to the soul-searing plight of refugees around the world and the mostly locked gates of the U.S., there is urgent need wherever we turn our gaze.

In this climate, our congregations can – and must – be incubators of spiritual energy, encouraging all who enter their doors to live more courageous and fulfilling lives. Creating that energy and infusing it deeply within our communities is the biggest, most holy work before us. Let us make sure to keep our eyes on that goal.

Beginning in Elul, and with growing in intensity during the upcoming High Holidays and throughout the new year of 5778, may we hear and respond not only to the shofar’s wailing cries, but also those of the countless people, both near and far, who are crying out for healing and for love.