December 16, 2019, New York, NY – Jennifer Brodkey Kaufman, of Sacramento, CA, has been elected to serve as the next chair of the North American Board of Trustees of the Union for Reform Judaism (URJ). The role is the top lay leadership position in the URJ, which represents North America’s largest and most diverse movement in Jewish life.

Kaufman was nominated by the board’s special nominating committee, and her nomination was formally presented to the full Board of Trustees at its meeting on Tuesday, December 10, 2019, just prior to the start of the URJ Biennial 2019, taking place from December 11-15, 2019, in Chicago, IL. She will succeed Daryl Messinger of Palo Alto, CA, who will have served the maximum allowable four years as chair.

First elected to the URJ’s Board of Trustees in 2003, Kaufman has provided leadership to the URJ and the broader Reform Movement in a wide array of capacities. Most notably, she has been a vice chair of the URJ North American Board since 2015 and was chair of the Commission on Social Action (CSA) of Reform Judaism (from 2012-2015). As CSA chair, Kaufman worked with the team at the Religious Action Center of Reform Judaism to both set and implement the movement’s positions on matters of public policy.

Kaufman has often been called on by the URJ to handle especially challenging tasks, such as chairing of the task force charged with addressing a variety of issues that arose following the massive fire that destroyed URJ Camp Newman. In 2015, she played a key role in advancing the first revision of the URJ’s financial relationship with its member congregation in many years.

Kaufman is an active member and a past president of Congregation B’nai Israel in Sacramento, CA, where she held other leadership positions, including co-chair of the religious practices committee and chair of the rabbinic search committee, among others. She is also an active member of the leadership team of California Religious Action Center of Reform Judaism (RAC-CA).

Said URJ President Rabbi Rick Jacobs, “I am excited to partner with Jen in leading the URJ forward. Her sharp thinking, her moral clarity, and her deep commitment to Reform Judaism will enrich all facets of Jewish life within our congregations and far beyond their walls, ensuring the Reform Movement goes forth with deep intention, direction, and substance.”

“I am honored to serve as chair of the Union for Reform Judaism’s North American Board of Trustees and look forward to working with the organization’s lay and professional leaders to sustain Jewish life that is thriving, ever-evolving, inclusive, and propels institutions and individuals to be and do their best,” said Kaufman. “This work is a labor of love,” she continued, “and I cannot imagine a more fulfilling or meaningful endeavor.”

Stephen M. Sacks, immediate past chair of the URJ’s North American Board of Trustees and chair of the special nominating committee that selected Kaufman, said, “Jen’s commitment to social justice, Reform Jewish life, and the URJ are a winning combination.” He added, “I am confident she will bring these and other passions to bear throughout her tenure and that she will be an outstanding leader for the URJ.”

In addition to her work within her synagogue and the Reform Movement, Kaufman is a former board member of the Jewish Federation of the Sacramento Region and a past chair of its grants committee. She also is a member of Sisterhood of Salaam-Shalom, which seeks to build trust, respect, and relationships between American and Canadian Muslim and Jewish women and teenage girls.

An attorney, Kaufman retired after nearly 30 years with the California Third District Court of Appeal. She is a former president of the Women Lawyers of Sacramento. 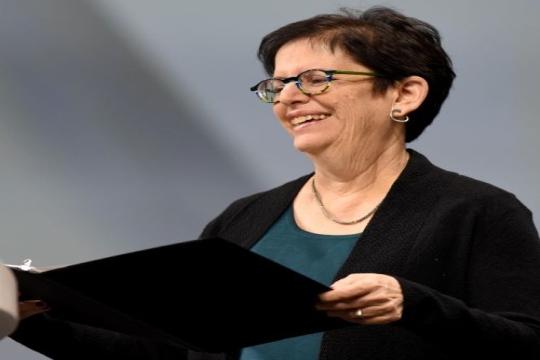