The New URJ/ADL Partnership: Responding to the Uptick in Acts of Antisemitism and Hate 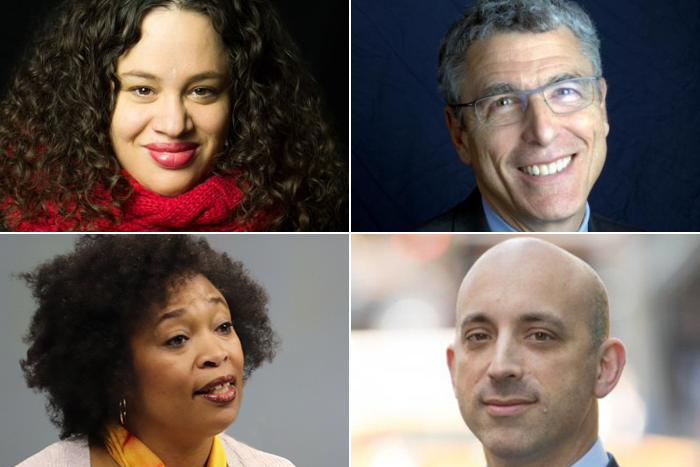 On July 27, 2021, the two organizations co-hosted a webinar moderated by Barbara Weinstein (Director of the Commission on Social Action and Associate Director of the Religious Action Center), featuring Rabbi Rick Jacobs, Yolanda Savage-Narva (Director for Racial Equity, Diversity, Inclusion, URJ), Jonathan Greenblatt (CEO & National Director, ADL), and Carly Pildis (Associate Director of Community Engagement, ADL). You can watch the video of the webinar below and learn more about the URJ's partnership with ADL. Read excerpts of the presenters' remarks and watch the full video of the webinar below.

While most Jewish Americans were still sleeping on October 27th, 2018, I was at Kibbutz Tzuba in the Judean Hills leading Shabbat services with a wonderful group of Reform Jewish teens. During our Torah study session, one of the 16-year-olds, who was spending a semester studying at the URJ Heller High, asked me if I had experienced antisemitism recently. I couldn’t have imagined an American teen asking me this question 25 years ago. I answered his question and then turned it around by asking the group of 75, “How many of you have personally experienced antisemitism in the past year?” I was shocked to see two-thirds of them with hands raised.

That Shabbat discussion took place 7 hours before the deadly attack on the Tree of Life Synagogue in Pittsburgh. On my way to Ben Gurion airport for my return to the US, I spoke with the ADL’s CEO Jonathan Greenblatt. Like all Jews, we were shaken by this violent antisemitic attack. We discussed the need for a deeper alliance between our two organizations to strengthen the Jewish communal response to the rising tide of acts of antisemitism in the US.

ADL is the oldest anti-hate organization in the country. Our obligation, as stated in our 1913 mission statement, is “to stop the defamation of the Jewish people and secure justice and fair treatment to all.” Our founders understood that Jews in America cannot be safe unless all people are safe. And so, what we spend our time at ADL doing every single day is thinking about how to fight this scourge of intolerance and specifically this virus of antisemitism, which is the most persistent plague afflicting humanity.

It's often described as the oldest hatred, with us since the beginning of recorded history, but in this moment I can't think of a more important partnership than the one we are elevating this evening between the ADL and the URJ. As the largest denomination of our people in this country, the Reform Movement literally encompasses some 70% of affiliated Jews. And while ADL does a lot of work with Silicon Valley and on Capitol Hill, we recognize that it is our congregations, our communities that are on the frontline every day.

For me, one of the things that defines antisemitism is that it is part of an orbit of all kinds of oppression and hate that include anti-Black racism, bigotry, xenophobia, homophobia and the list goes on and on. In Eric Ward's piece, “Skin in the Game,” one of the many brilliant points that he makes is that antisemitism forms this core around which other forms of hate and bigotry revolve, evolve, and spread.

One of the best-known and complicated connections between Jews and Blacks was the Civil Rights Movement. 57 years ago, 3 civil rights workers, James Chaney, Michael Schwerner, and Andrew Goodman -- one young Black man and 2 young Jewish men – were murdered in Philadelphia, Mississippi. Their lives were tragically taken in pursuit of freedom and democracy for all people.

Antisemitism is a nuanced issue, a complex issue, and one that requires some sobriety. I believe it's really important for any historically oppressed and marginalized community to define the bigotry and oppression we face on our own terms. There's plenty of room for healthy internal Jewish community debate. But it's our history, our families, our stories, and ultimately our community on the line. And, therefore, we get to define how we experience and talk about antisemitism.

I know it's antisemitism when I can draw a straight line from rhetoric to historic tropes that have been used for centuries to scapegoat, marginalize, and incite violence against Jewish communities. Under Jonathan's leadership, ADL has done an incredible job, creating resources and educational opportunities that address these dangerous tropes.

Watch the video of the webinar below.